The Dad Effect: Why Co-Parenting Fathers are So Important

Did you know that dads are critical to the development of children? Did you know that having a dedicated father can impact everything from a child’s performance in school to their long-term health?

In fact, studies show that affectionate, supportive, and involved fathers dramatically contribute to children’s cognitive, lingual, and social development. Not only that, but they also impact their academic achievement, strong inner core resource, sense of well-being, and self-esteem.

A Psychology Today article points out that the benefits of having a father don’t just occur in childhood, “The influence of a father’s involvement extends into adolescence and young adulthood.”

Those myths are quickly being dismantled, as science proves what we should have known all along - that fathers play an equally important and crucial role in their children’s development.

Let’s celebrate the important role that dads play in their children’s lives, and let’s take a look at how that extends to a father’s role in co-parenting.

Dads Rock as Co-Parents. And They are Essential.

We know that father love is critical. We know that their time with their children is invaluable. And we know that children need their fathers are role models, educators, and companions.

And this, in the face of overwhelming research that says equal time with dad is the ideal answer for children of divorced or separated parents.

“There is a consensus that neither... sole custody or primary residence orders are serving the needs of children and families of divorce,” points out an article in Psychology Today, “There is a consensus that shared parenting is a viable post-divorce parenting arrangement that is optimal to child development and well-being, including for children of high conflict parents.”

That’s right, research shows us that children of co-parents get better outcomes - even if mom and dad don’t necessarily get along.

And, how much time is optimal for a child to spend with each parent?

“The amount of shared parenting time necessary to achieve child well being and positive outcomes is a minimum of one-third time with each parent, with additional benefits accruing up to and including equal (50-50) parenting time, including both weekday (routine) and weekend (leisure) time,” continues the article.

The benefits of kids spending equal, or close to equal, time with mom and dad? They’re overwhelming.

After examining over 50 studies of joint physical custody using different methods, and studying families in the United States and abroad, The International Conference on Shared Parenting concludes that children who spend at least 35% of their time with each parent benefit enormously.

Just how do they benefit?

The children of co-parents have better relationships with their fathers and mothers, and they do better academically, socially, and psychologically. These children get better grades; are less likely to smoke, get drunk, and use drugs; and are less susceptible to anxiety, depression, and stress-related illnesses.

The results are in. Having time with both mom and dad is critical to a child’s wellbeing.

Today’s Dads. We Can’t Do Without Them.

Dads are essential. They are vital. They are inspiring. Today’s dads are stepping up as co-parents - as long as they are allowed and encouraged.

It’s time to value the important and irreplaceable role that dads play in their children’s lives, and to open doors for dads everywhere who have time, love, and attention to share with their children.

Bonfami is working to improve the childhoods of kids whose parents have separated or divorced by turning “co-parenting” into collaborative parenting! 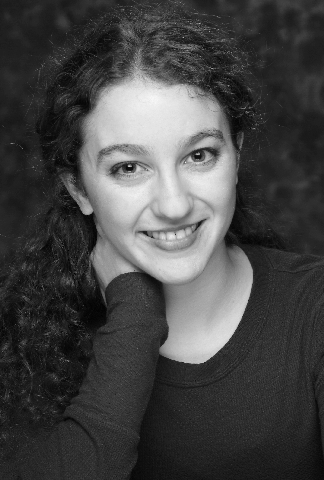 Phina Pipia is passionate about helping single moms and step families navigate new roles, develop positive strategies, and build strong relationships that keep them healthy, happy, and thriving. As a full-time writer, Phina develops marketing copy for successful brands around the globe; including Johnson & Johnson, The Core Results, and yes… Bonfami! She is also the tuba player for The Unexpected Brass Band; performs with the magic & mind-reading duo, The Psychic Dynasty; and tours her original work as a singer-songwriter.

Get 5 Proven Ways to Feel Happier and Take Back Control of Your Life!

Be sure to check your inbox for the guide and the Bonfami Monthly Newsletter!

At Bonfami, you’ll find an empowering community filled with single moms like you - strong women who care deeply about their children’s future and wellbeing.